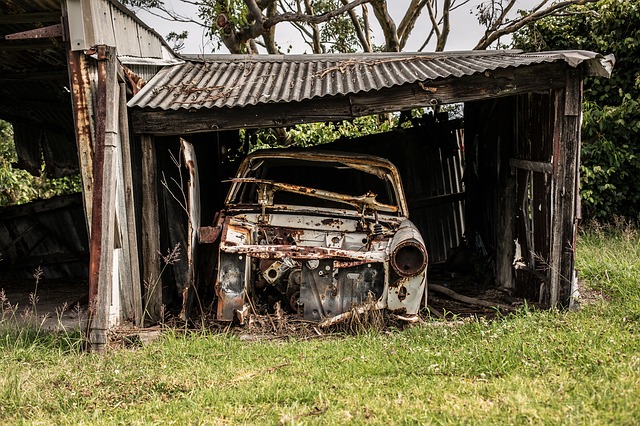 One Vancouver auto body shop has recently spoke with a customer who noticed that the rust on the roof of his vehicle was starting to quickly spread. He asked what his options were, so we thought we’d share the main points of our conversation.

First, let’s talk about rust. Rust is an iron oxide formed by the reaction of iron and oxygen in the presence of wateror air moisture. While we can apply top coats and wax and keep our cars in pristine condition for now, given enough time and exposure to the elements, a vehicle will eventually succumb to rust.

Rust is something that many car owners fear, and for good reason. Without proper intervention, there’s no stopping it.

Back to our conversation with the customer. He had an older vehicle and noticed a couple of rust spots a while ago, but decided not to take action on it. Now, however, the rust is spreading along the edge of the roof where it meets the windshield. Since the customer mentioned that he does a lot of his vehicle’s small repairs and maintenance himself, he said he wanted to attempt this fix, too.

Roofs are classic spots for rust since the take on a lot of the elements directly, including things like tree sap and bird droppings, which eat away at the paint and create the conditions for rust to start. Or if you’ve been in an accident and cracks and chips appear in the paint, it’s enough for rust to start.

Depending on the size of the rust patch, you will need some products, time, and dry conditions to attempt a DIY fix.First you will need to protect the surrounding area by taping it off, then carefully sand down the affected rust spot using several different grits of sandpaper. Next spray or hand paint with a can of rust inhibiting paint — there are several products on the market — to make the rust inert and preventit from spreading. It also acts as a sealant. You can then patch paint and apply a top coat.

Of course, we highly recommend you bring the vehicle to an auto body shop, where we have the proper tools, knowledge, and experience to do a thorough and professional job. We can also match the paint correctly. Fixing a growing rust patch is not like changing a fuse, and a poor job is going to make things worse in the long run or even affect the car’s resale value.

Prevention is the best way to deal with rust, because once the process begins, it is very difficult to control or stop it. In Vancouver, rust isn’t as bad of a problem as it is in other parts of the country where they content with salt on the snowy roads, but it definitely still happens all the time.

At this Vancouver auto body shop they talk to a lot of our customers about what to do about rust.